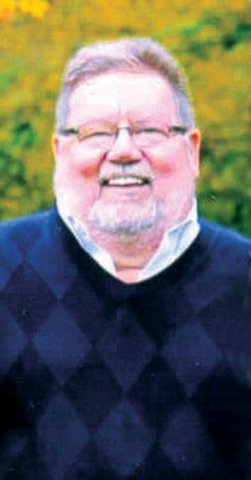 McMinnville’s mayor’s and aldermen’s council met on Tuesday to consider an out-of-committee recommendation to name a football field in honor of James Barnes Sr., a Warren County nurseryman and owner of Heritage Farms.

Barnes contracted COVID-19 in 2020 and died in November. His wife, Paula, runs Paula’s Dance Academy. They have three children.

The measure came from a meeting of the city’s parks and recreation committee and was prompted by Mayor Ryle Chastain, who said Barnes was a strong supporter of football.

“I had the privilege of playing with his son, Jimmy, on the 2001 Warren County High School Final Four State football team,” said Chastain. “I grew up playing soccer with Jimmy. Football is what it is today thanks in large part to Jimmy Sr. He may not have some notoriety like Ben Banerjee, but he has certainly been instrumental in projects like Pistole Park, the youth football and travel, AYSO and more, the race state we had in the early 2000s.

Chastain said he had been approached by family members and friends of the family who expressed a desire for some form of recognition.

The suggestion received unanimous approval from the members of the Parks and Recreation Committee. No discussion took place when the resolution was submitted to the full board for consideration. It was unanimously approved by Chastain, Deputy Mayor Everett Brock and City Councilors Rachel Kirby, Steve Harvey, Stacey Harvey, Sally Brock and Zach Sutton.

An inauguration ceremony will be organized.